Where I Call Home 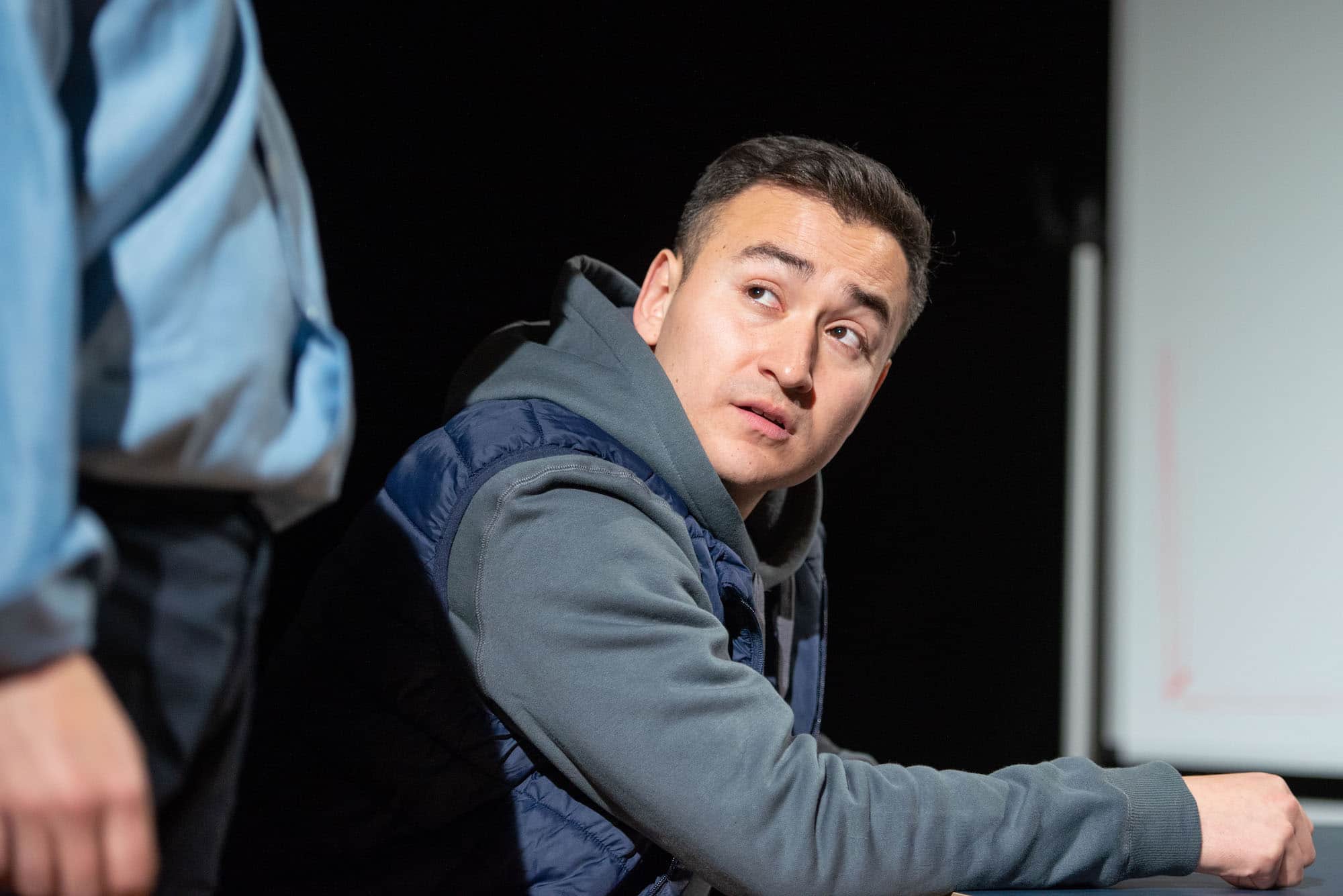 The premise and subtext are interesting. Exploring the different faces of racism in France, we have an overzealous yet reductive school teacher, Kevin played by Raphael von Blumenthal, his aggressive policewoman wife Lory (Megan Smith) teaching and interrogating respectively the beset schoolboy Martin, played by Sammy Attalah.

Attalah captures the struggle of second-generation immigrants in western countries impeccably, and overall his performance is a shining light in a sea of fog. Like a canine version of Equus (just less sexy) the surreal text mixes lupine fantasies with cases of racism and exclusion. Although the setting is a gymnasium-like space, minimal set is used to its utmost. Ben Stanley’s drawings on the two large whiteboards create the couple’s apartment windows simply. Nikiforos Fintzos’s atmospheric rumbling sound effects and Roland Glasser’s lighting creates multiple moods and settings swiftly.

The trouble lies somewhere between the playwright, the translation, and certain performances, and might be a little bit of all three. The dialogue is ambitious, aiming for a dreamlike world where no one understands one another, and naturalism is left on the backburner. Trine Garrett’s directing draws out the scene changes into soupy “dance” sections that slow the momentum down even more. Somewhere between the script’s birth, Charis Ainslie’s translation, and specifically von Blumenthal and Smiths performances something is…sorry to say it but…lost in translation.

As the core couple, von Blumenthal and Smith have very little connection to the lines and struggle with the abrupt pace of the script. Showing two very different faces of modern racism without their impetus Attalah has very little to build off. The couple falls in between the cracks, neither partially believable nor surreal enough to seem stylised. A scene where they both speak about different things, Kevin the takeaway, and Lory the preservation of their streets whiteness, should underline the couples lack of ability to communicate. Sadly it falls into a blocky, and stunted bricklaying of unrelated lines.

Although Marc-Antoine Cyr’s piece has moments of insight into xenophobia in the West the play lacks subtly, bringing the hammer down quite brutally on the subject matter. Although I commend Foreign Affairs for bringing interesting work across the pond, this missed opportunity is felt all the more keenly due to estates that ring the theatre being the same as the ones depicted in the play. You couldn’t get more site-specific, yet Where I call Home’s teeth never quite find their mark.