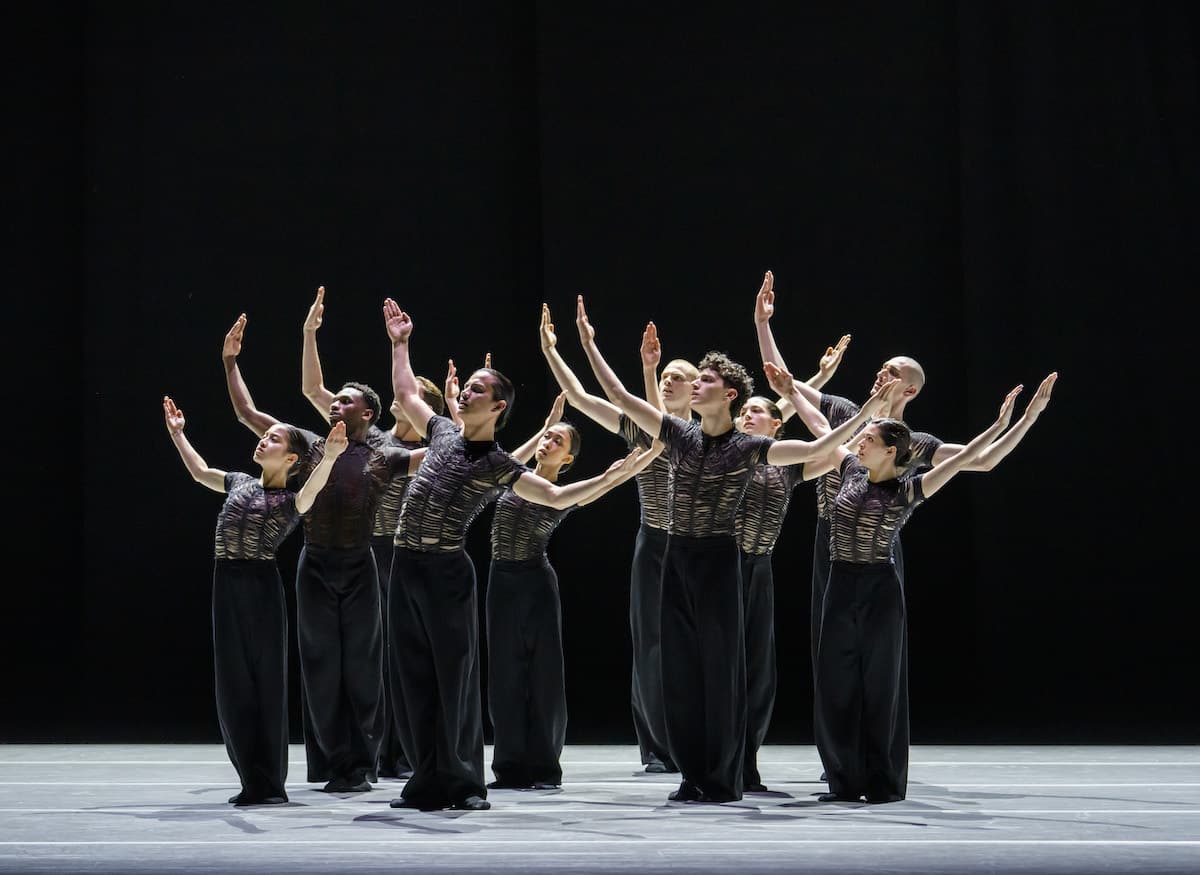 What comes to mind when you think of the Netherlands? Soaring handsome blondes? Fields of variegated tulips? Or other more….illicit plants? Well, if you also thought of blooming youthful talent you would be bang on.

Thanks to Dance Consortium Nederlands Dan Theater’s pioneering wing, NDT2 flings itself into Sadlers Wells, for a sprightly evening of brand spanking new dance. Having last toured the UK in 2016 this well respected and ancient (in modern dance terms) company is synonymous with exceptionality. Kicking off their UK tour with two English premieres and a classic piece dusted off from the company’s impressive repertoire.

NDT2 was one of the first established dance companies to highlight emerging dancers, only allowing 17-22-year-olds. Doing so since 1978 has brought them much fame, and attracted some of dance’s most prestigious choreographers and devoted fans. This mini-festival of three pieces with intervals in between gives us the very best of “Dutch Modern”, less a style of dance and more a thirst for the new.

Shuffling into the space we have Marco Goecke’s painful piece The Big Crying. Dancers like sensual spiders in palazzo pants and slashed netting black tops scuttle on and off the stage. Claw-like hands twist in atrophied positions. A lot of screaming and misery run through the piece like a thread of taught silk. Both male and female topless soloist arch their thin frames into shapes of emotional turmoil. A soundtrack of computers making sweet love gives way to a less effective use of the Lana Del Ray of the 90s, Tori Amos. Although Amos’s expressive voice and poetic lyrics should meld themselves to dance well, they rather overshadow the choreography informing too much of the movement. Her cover of Losing my Religion as a conclusion however is an outstandingly vulnerable end to a piece imbued with the bitter cynicism of love lost. The group sections thrash, spreading out into a sparse grid and back into a line, hands skyward fingers deformed and accusative.

Hans Van Manen’s piece Simple thing is firstly anything but simple, and secondly couldn’t be more different to the battle of The Big Crying. Joseph Hayden’s Piano trio nr. 28 in E-Major twinkles along as dancers dressed like cyclists in spandex perform the dance of the cuckold. Two men vie for athletic supremacy, then dive into multiple pas-de-deux with two women as the left-out man watches from the half gloom. Light and far more classical there is a hint of irony that peaks barely seen through this piece. The couple cavorts, playfully like deer through a meadow, yet with a knowing sense of their beauty and observation. The pieces nod to its own banality elevates it, never fully deciding to commit to a full Moulin Rouge-esq Roxane dance for the lady’s heart. Something more complex is transmitted between the swooping Jetés and leaping Battement.

Lastly, Johan Inger’s masterpiece springs wry smiles upon its lips into our lives. Impasse is the rare thing in dance, out and out funny. Wreathing in a tricky sense of humour the piece is hard to define. A Large slatted house outline, ringed with LEDs sits upstage. Through its door one by one comes a pastoral troupe of three rural folk. Inger is a genius choreographer who supplies us with a multilayering of artistic references. For example, Christina’s World, Andrew Wyeth’s famous American painting is conjured when one woman falls, looking back at the farmhouse over her shoulder. She is snatched away as through the wooden door black-clad city folk jostle the farmhands. This group itself is supplanted by a bright young things gang of costumed revellers and cabaret stars. Bregje van Balen’s costumes are lubricous driving the narrative as much as the jazzy screaking of Ibrahim Maalouf and Amos-ben Tal’s compositions. An ongoing reinvention of space and a domino of infectious gestures makes a tapestry of group mentality. A smaller slatted house is brought on, through which’s miniature door more dancers push themselves through. We are never sure what is around the corner as the group grows and grows, tittering as we are on the edge of a fight or….. (something that rhymes with muck) situation. The manic cavorting of the group like a hive mind propels this piece on to a cataclysmic conclusion. The curtain slowly comes down on the group as they attempt to crawl out underneath it almost literally crushed by each other pressures.

The last piece by far is the best example of what NDT2 is trying to do. Youth in all its fleeting potential, unique perspective, and physical tension should be supported and listened to. From their home in the Hague this company proves that from a land clawed back from the sea, a swelling of ideas builds to a flood ready to dose the rest of Europe.