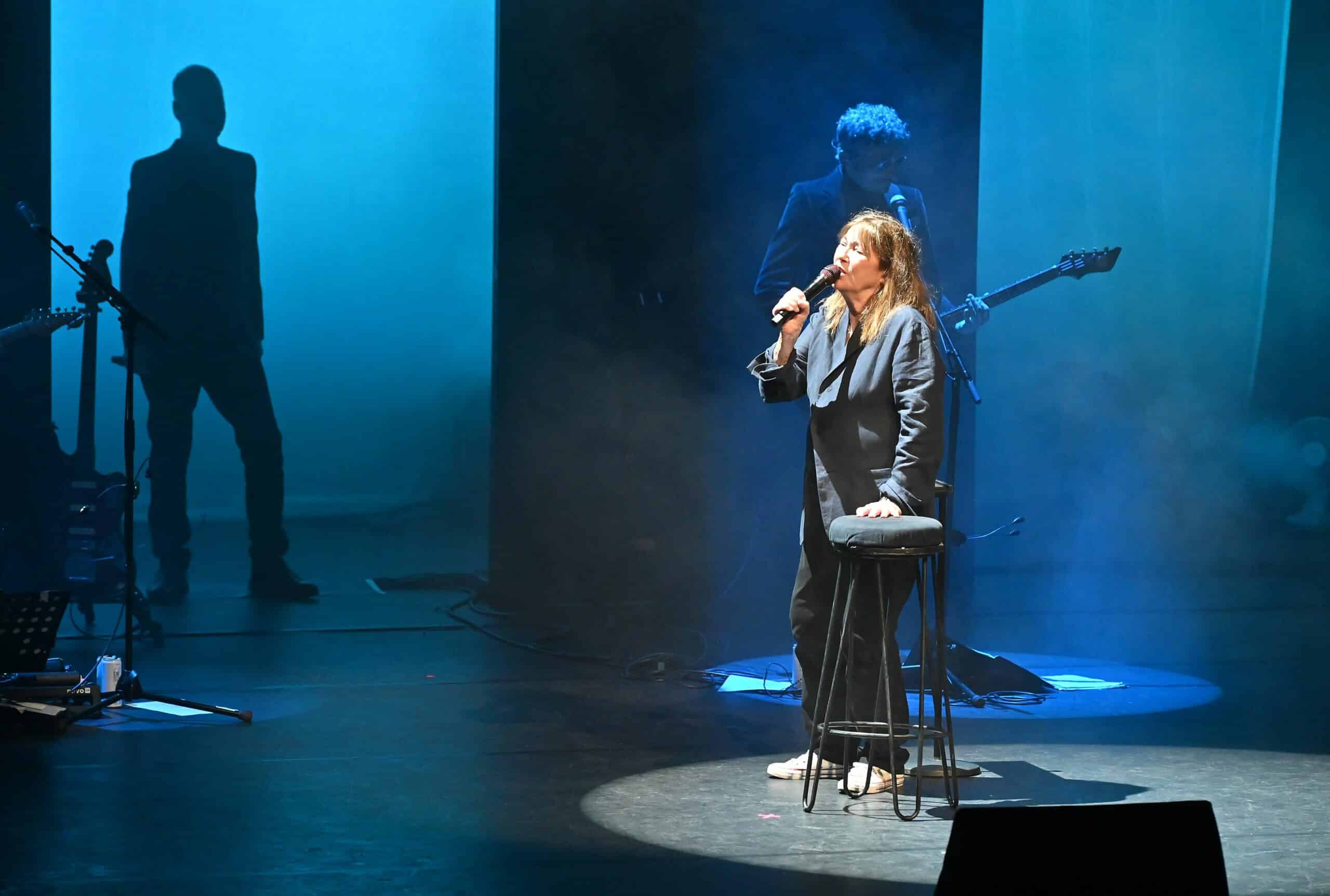 The epitome of a cross-channel-life and 1960s cool, Jane Birkin returns to the stage at the barbican after 3 years of absence. The same charm sits quietly with her,  proving she is so much more than an overpriced handbag.

Although linked inexorably with the swinging 60s, and Serge Gainsbourg her professional life after their breakup in the 80s has been a credit to her ongoing appeal as a singer and actress. Releasing over 14 studio albums from 1969 until today she crosses the millpond to promote her 2020 album Oh! Pardon tu dormais. After releasing her orchestral album Birkin/Gainsbourg: Le Symphonique in 2017 the world waited another 3 years for new and original music. Touring over the summer of 2021 a mild stroke concluded this early. But ever the survivor Birkin returns to the Barbican to promote this most personal and intimate record.

Dubbing herself in her youth as a “shy English girl” her total assimilation into French life is impressive. She exudes the underplayed chic aesthetic with long flowing auburn hair and crumpled navy blazer and black trousers. Around her thunders the clash and thump of the guitar-heavy and theatrical aesthetic of Étienne Daho (another French music legend). Joined by Jean-Louis Piérot on piano (also co-writer of the album), François Poggio on guitar, and Colin Russeil on drums they make a stylish tableau in dark hues and serious faces. Birkin is a constant presence, using the bar stool as an anchor from which to send her raspy vocals out into the space.

Despite playing the famous Je T’Aime…Moi Non Plus (her and Gainsbourg’s smash hit) as an introduction this is an evening of Birkin sans-Gainsbourg. An artist with a rich life lived.

Some old classics do crop up, however. Di Doo Dah a sweet faintly ludicrous song from her 1973 solo album of the same name. Given a much-needed musical kick by Daho’s direction. Visually the concert is an indie lover’s dream as four large black rectangles jut up into the air, with a white canvas spreading out behind them. Daho’s lights are designed to cleverly create movement in the rather static performance, which succeeds in some sense.

Some of the songs are complex ruminations on loss. Ghosts’s swimming tempo reminds us of those not with us. This is a well-crafted song with an interesting building sense that doesn’t ask too much of Birkin’s limited vocal range.

Her well-known whispering style is suited for chatty, pillow talk, atmospheric tunes, while too much leaping causes the strain to become rather notable. At the same point, Birkin’s fondness for listing in songs such as Ex Fan des Sixties proves rather tedious as we just get a long list of other famous musicians of the period. Rather like reading the Wikipedia entry for who played Woodstock.

Valse de Melody is a love song to music itself and the three different parts exhibit different moods and tempos. Like acts in an opera, these showcase Birkin at her most vulnerable and raw. This is again highlighted in the song based on her 90’s Play Oh! Pardon Du Dormais where Daho joins her on stage. Daho, Silhouetted in a sharp suit upstage gives this section a dramatic boost, keeping alive the spirit of the play.  Very remanent of Francis Poulenc’s opera La voix humaine (high praise for the Francophile Birkin).

Finishing with Pourquoi? As an encore, the question of why hangs in the air. Birkin is a hard-working singer, continuing long after many singers retire peacefully into obscurity or charity benefits. Her voice has retained its smokiness and fragile grace and despite a tendency for sameness among the songs the French cool is very much alive in this most unique “shy” English woman.

Give your evening some la vie with an evening at the Barbican, Click here! 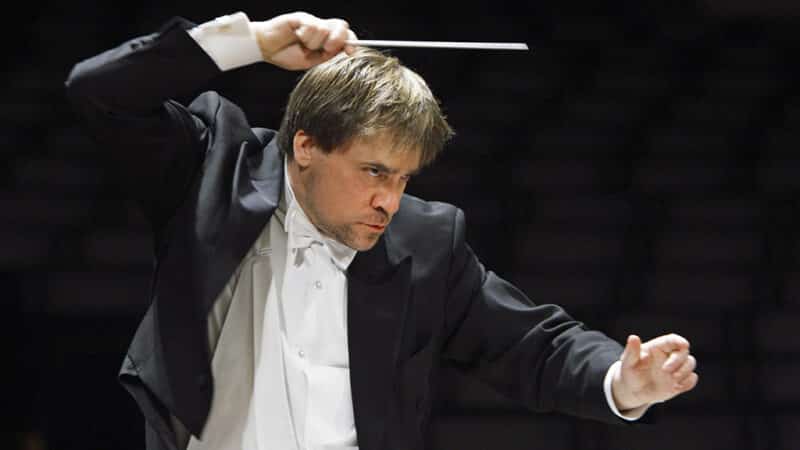 Barbican Hall An evening of Russian classical music and patriotism sounds like a tough sell currently. But despite the raging