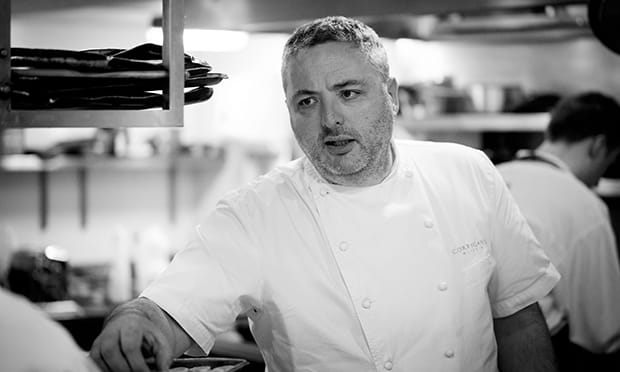 On a clear but chilly night, my partner and I jumped out at Old Street and navigated our way through the throng and skyscrapers of Shoreditch intrigued by the prospect of Irish fine dining.

Chef Richard Corrigan’s latest venture, Daffodil Mulligan, has taken over from the much-loved Nuala and promises fresh twists on classics and a focus on seafood.

With Corrigan’s magic touch – he has three Michelin stars under his belt – the sky is the limit.

I have never sampled the higher end of Irish cuisine, despite visiting Dublin multiple times, so it was with bated breath that we pushed back the curtain as we entered.

We were greeted by a very friendly waitress and directed through to a modern, chic space with a vast, open kitchen clanging away in the background.

The energy was high, and although the space resembled the bar of a theatre or a very well-to-do private school’s canteen, little details hint at the restaurant’s Irish routes.

When we’re all settled, a beaming Corrigan introduced himself, getting the evening off to a friendly start.

Despite two rather disappointing Shoreditch sours which lived up to their names rather too literally, we were quickly on to the grub.

Warmed by the open wood fire oven, the first plate, an “Irish taramasalata”, glides onto our table.

Next, some lovely rye bread, accompanied by some rather pedestrian butter, gives us a break before the next dish arrives. With the chef’s special consisting of six dishes, at a very reasonable £45 a head, the evening stretches inexorably before us.

A crab and pickled pear salad lands next and the evening begins to swing.

The crab is so fresh and perfectly complemented by a tart sauce, with the pear and cinnamon topping dancing in the mouth – a dance that I could happily enjoy every day without tiring of it.

Having forced down the cocktails, we readily clutched a refreshing glass of Marco De Bartoli wine.

A visually stunning but controversial dish arrives, which I loved but my partner didn’t touch – two oysters shells filled with a beef tartare, and an oyster emulsion.

The oysters are as light as air, rich as a Russian oligarch, and the emulsion has all the joyful taste of shellfish without any of the slimy indignity. We should just emulsionise – emulse? – everything and live through a tube!

Now into the mains, and a twist on the Dover sole, which is oven-baked and accompanied by kale, Muscat grapes and a very simple sauce of chicken stock and sherry. The dish is a hit and devoured speedily.

The second star of the evening arrives shortly after – a pork chop with cubed pineapple and a sweet lychee and mint sauce, which is surprisingly complex, served with red cabbage coleslaw.

This mix of sweet and savoury, hard and soft, salty and citrus astounds, and is a novel way of approaching a rather tired classic.

After a glass of Radford Dale Chardonnay, our palettes are ready and awake.

We dive into the dessert, a dark and milk chocolate mousse that causes a small battle on the table and a few polite snaps over the last spoon.

After enjoying a Killahora Ice Wine from Cork, which conjures up an image of morning sun breaking over an orchard, the evening is sealed with two luxurious Irish coffees which sent us off into the night warm and rosy, and beyond a little light-headed.

Named after the daughter of Biddy Mulligan, a legendary Irish street seller, and pulling many ingredients from Corrigan’s country estate Virginia Park Lodge, the links to the Emerald Isle are clear.

The restaurant has only been open a month, and with the clever flavours and reasonable prices (for fine dining at least), the only thing missing is a little more Irish charm.

Moving away from stereotypical ideas of Irish food is great, and also what makes this such an exciting new venue, but the contrast between the frantic fiddles of the folk music in the background and the rather bland interior is a minor foible in this most delicious of evenings. 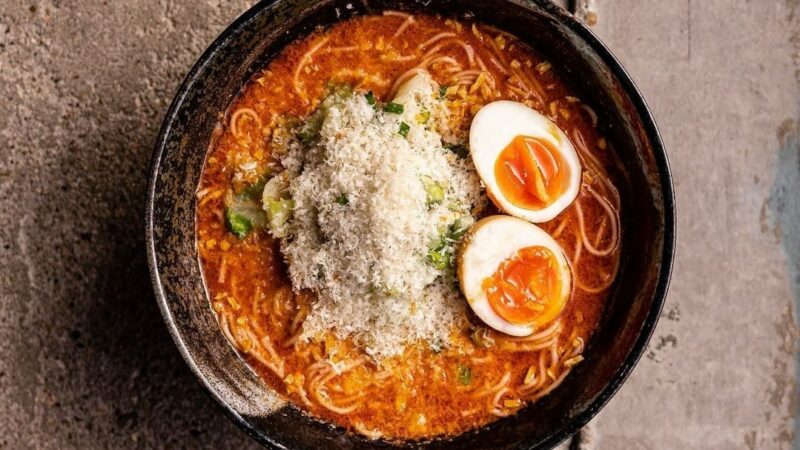 499 Kingsland Rd, London E8 4AU The most varied of the noodle family, bathed in alkalized water for a softer 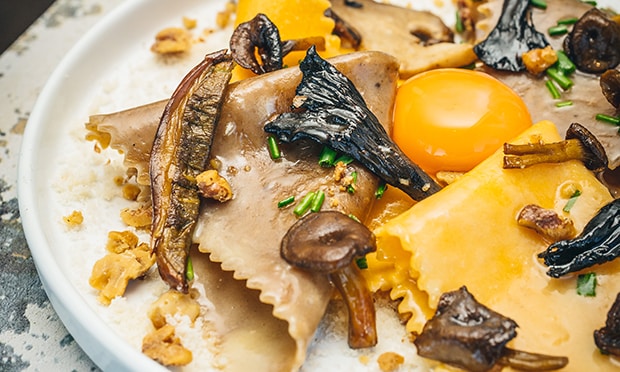 Islington Green,  ‘Bubbling atmosphere but a lack of Italian flair’ Pasta. Divine companion of the modern city gal or an