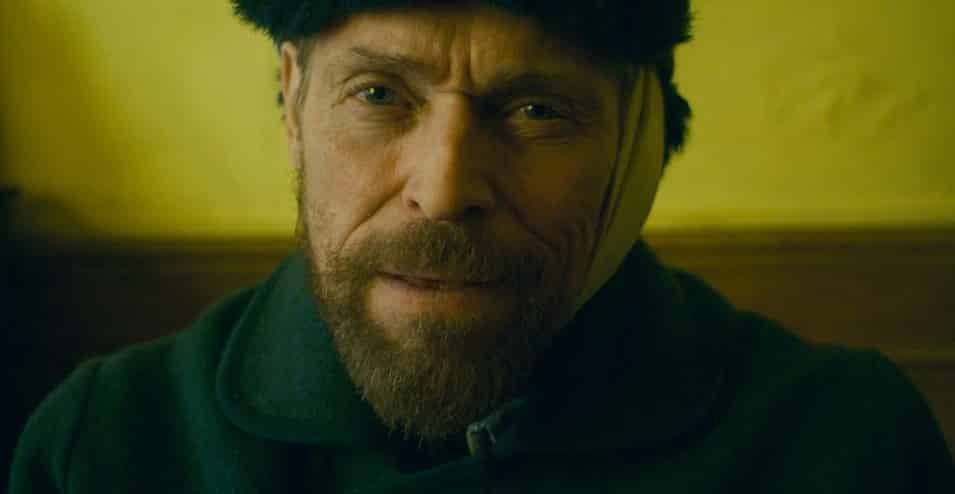 Julian Schnabel’s biopic At Eternity’s Gate explores Vincent van Gogh’s time in the southern French town of Arles and Auvers-sur-Oise, his mental illness and eventual death (not really a spoiler). Although the film is chocked full of heavy dialogue and artistic cinematic magic the whole journey is at an incredibly slow pace. Almost, some would say, like watching paint dry (sorry but it was too easy).

Primarily focused on the turmoil and loneliness that typified van Gogh’s life this is not a happy ride. His poverty and delusions are captured well by the handheld style of filming and it adds an interesting visual texture to the story. However, the dialogue pulls the film into an emotional sinkhole. Flowery, metaphor-laden but with a syrup-like consistency that is hard to digest. The question of “why do you paint?” and its achingly pretentious reply runs thought the film in unimaginative repetition, beating the audience over the head with its rather obstinate call.

Performance-wise Willem Dafoe’s infinitely watchable face is a joy to behold. Dafoe has a talent to breathe intensity into almost any role and At Eternity’s Gate is no exception with a voice like crumpled leaves, he crafts van Gogh wonderfully. Schnable delves into the relationship between van Gogh and Paul Gauguin played by Oscar Isaac. Although Isaac inhabits the role adequately he doesn’t give a very memorable depiction of the prominent fauvist painter. Considering the severance of the two artists (if you know what I mean) their long discussions on art are interesting but the emotional connection that prompts van Gogh’s later actions just isn’t created. Mads Mikkelsen playing a sceptical priest and asylum supervisor manages to hold the script in his sway. He provides humour and a complex dissection of art, madness, and religion in a characteristic flourish of acting brilliance. The interplay between Dafoe and Mikkelsen is a brighter point of the film.

Aesthetically this film is abundant with colour; the use of a variety of lenses, artistic blurring of shots, along with double exposures, audio and visual echoing – it’s a lot to take in! This attempt to convey at sensory chaos to get us into the headspace of the painter’s view on life is much more effective than the lumbering script. Visually the film is beautiful and, at times, poignant as we watch a man battle his demons in an attempt to share his gift.

For art lovers, this film will surely hit its mark, as it is busy deifying the artist and his struggle in the world. Do not take me for a complete cynic, van Gogh’s genius was hard bought from an unfeeling world. Unfortunately, this film’s depiction spins this out into an overworked affair where you lose most of your empathy halfway through. There are points when you feel for van Gogh and Dafoe’s ever-expressive face is a marvel to watch. It’s just the sluggish pacing of the script that labours not so much on the life of the painter or even his work but on the never-ending question of “why”. Although an admirable vision eventually we just stop caring what the answer is.

At Eternity’s Gate
In selected cinemas from 29 March 2019.