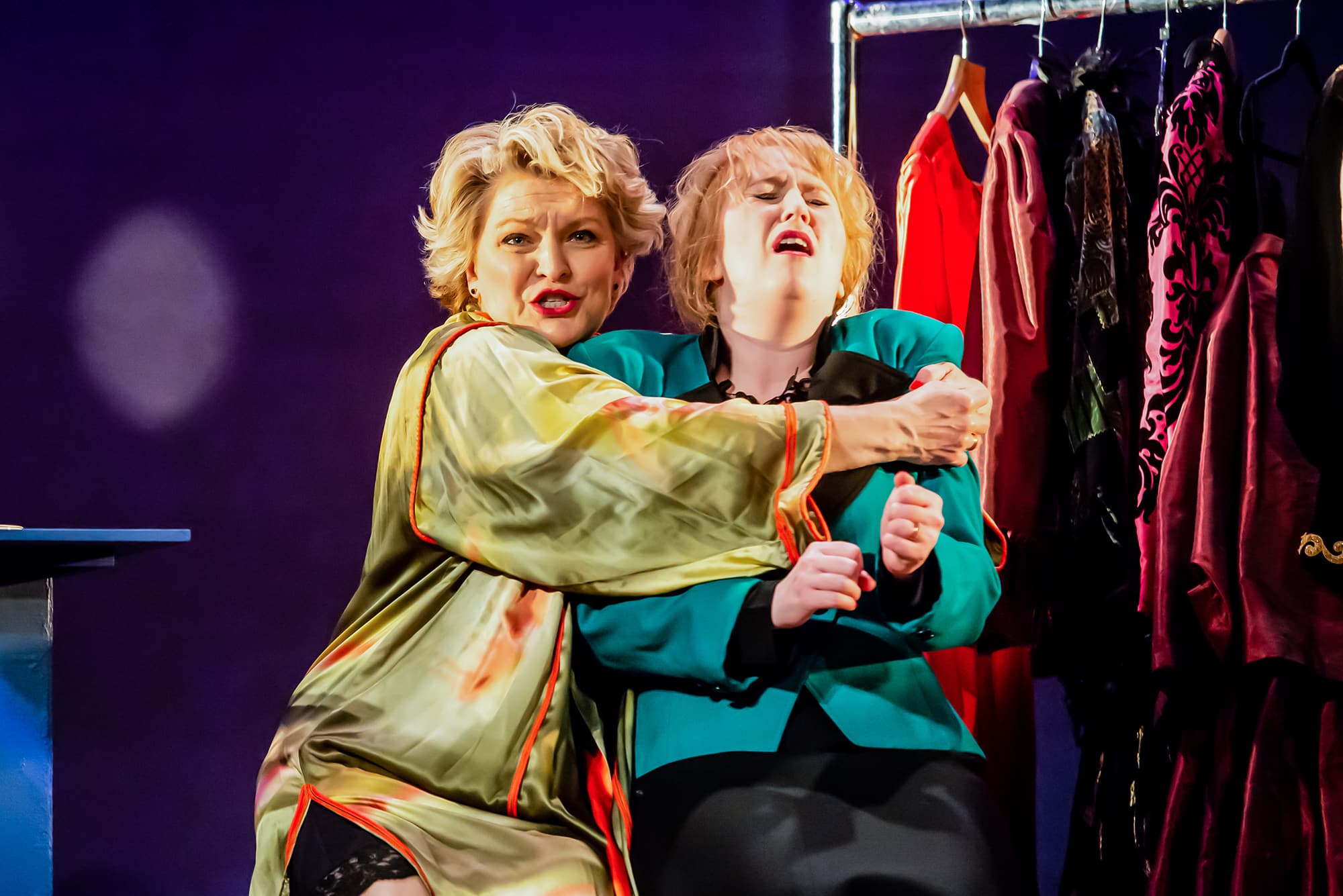 The UK premiere of Jake Heggie’s chamber opera with libretto by Gene Scheer, based on Terrence McNally’s original script Some Christmas Letters arrives in the peeling perfection of Wilton’s Music Hall. Despite some gusty vocals, the evening’s entertainment is far from pure perfection.

Concerned with the trials and tribulations of three members of the Mitchell family. 1986, 1996, and 2006 roll by as they bicker and battle over…have you guessed it yet? Yes! Three Decembers (ground-breaking). Clustering around Madeline Mitchell (a Patty LuPone carbon copy) they delve into their shared history: the absent (dead) father, the AIDS crisis, and the role of motherhood.

Terrance McNally’s plot is partly heart-wrenching, although veering drunkenly towards the American smulchy side a little too frequently. The obsession with the memory of the father figure wears thin, and the implied melodrama of opera doesn’t ease the story’s verisimilitude. Although if you’re going to opera for reality you are obviously a lost cause. Guilty as charged.

The set is simplistic, having to conjure various locations in a short time. Jeff Clarke’s directing is adequate although some odd creative choices do abound. Forcing the only male character to do most of the heavy lifting in prolonged set changes isn’t ideal, also attempts to create the feeling of movement in the small stage fall flat (walking in place without any lighting or projection does not a brisk evening walk make). Nevertheless, his understanding of blocking means that when an image or aria needs to stand out Clarke gets everyone into optimal shape, pulling moments of style out of the piece.

Heggie’s music is divine, sweeping us along in a sea of modern and emotive sound, the chamber orchestra (lead by Toby Purser) does well masquerading as a larger group.

Lucy Schaufer is a great all-round star as the theatrical matriarch Madeline. Which is just as well as she drives the plot. A mature, varied, and confident voice coupled with a strong understanding of character. We tip our trilby’s madame!

Llio Evans as her daughter Beatrice is also vocally skilled but overdramatic and unbelievable as an unhappy housewife. Jean-Kristof Bouton as Charlie her brother has the meatiest role, dealing with familial homophobia and a dying partner in the HIV crises of the 80/90s. Unfortunately, he does very little with it either vocally or acting-wise..

Overall, the evening is uneven. Aria’s like “a street in Madrid” show everyone involved off to their best and champions the underexplored work of Heggie in the UK. But the soupy mix of faltering vocals and bumpy acting styles finds the story crushed under its own weight. The heavy-handed libretto and the sheer claustrophobic space mean the show never can unfurl its wings.

Click here to keep updated on what else is on at the most unique venue!