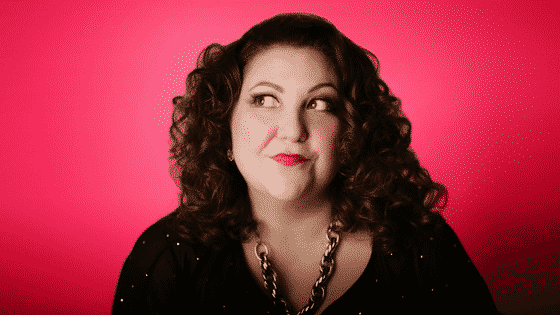 The quote “namaste, bitches” encapsulates Thirsty! for me. In a cold, slightly dusty underground theatre in Waterloo – the Vaults – we as an audience were warmed, tickled and blasted by a personality larger than life and a voice that could topple mountains. Mixing comedy, cabaret and plenty of vodka in a large martini glass, this is entertainment in its sassiest form.

A warning though: if show tunes, belting vocals and tales of shame aren’t your preferred tipple then this isn’t the show for you. If it is, then take an autobiographical whirl through the trials and tribulations of a woman who holds you in her spell and gives a bloody good show despite certain disappointing factors. For anyone who has sipped on a few too many vodka cranberries and ended up doing something they regret, this show will have you nodding along in agreement.

Tori Scott, an established name on the New York cabaret and comedy scene, draws on her early life growing up in Texas and subsequent move to the Big Apple and immersion into the gay scene. Spinning her comedic monologues expertly into song, we see that Scott’s gift for comedy is matched by her truly impressive voice, a voice that she certainly knows how to work to its best. Cavorting from Liza Minelli to Miley Cyrus the overall style is very much focused on showtunes and contemporary covers, hence the earlier warning to you musical theatre cynics. Even the contemporary songs take on a theatrical quality.

At times this can come across as a tad overpowering but Thirsty! is saved not only by the effortless energy of Scott but by moments of pure brilliance. Juxtaposing a crude joke about oral sex with a surprisingly convincing rendition of Edith Piaf’s “La Vie en Rose” is one of these moments and it really shone with humour and wit.

This political comic and singer’s escape from the current climate of the US is a great insight on the views of the left within America and the palpable panic felt by them. This commentary is delivered with derision and acid aplenty. What could risk becoming a vanity project with the ultimate fag hag instead becomes a layered tale told through the classic songs of the gay community and extreme candour on Scott’s part, which is both refreshing and infectiously funny.

Unfortunately some sections were a little dust covered; the set (or lack thereof) is rather bleak and although Scott’s personally pulls the show through, her band is left feeling slightly lacklustre. With the nature of the show, the glamour and the camp, the sass and the bitchiness the show felt out of place in the in the brutal and unadorned Vaults Crescent Theatre and this along with tenuous links between some of the monologues and songs made for a disconnected viewing.

Despite this there were plenty of moments of clarity and beauty hidden in the gloomy theatre, Scott’s soulful rendition of Hozier’s “Take Me to Church”, putting her powerful belting voice aside and delivering a magical performance and tender personal insight is another one of these. Scott cajoles, loves, challenges and revels with the audience, bringing us into her fabulous and contradictory life, ending on a high with a cleverly ambiguous message as her cover of The Tall Blondes “What’s Going On” shakes the subterranean venue.