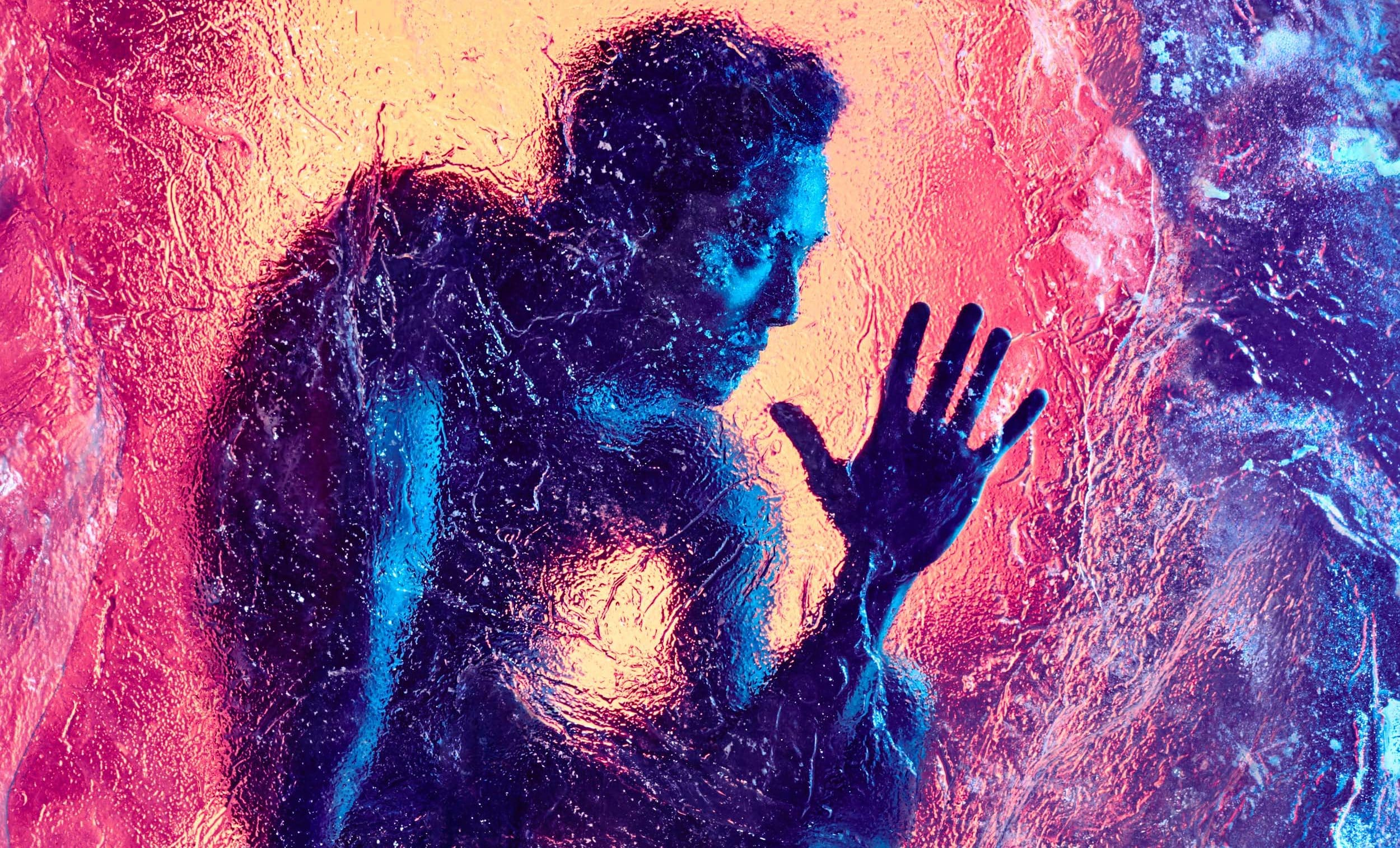 Finally seeing the light of day after being pushed back by the dreaded virus, Akram Khan’s latest work looms large onto the stage. With striking illusions of classic literature and a futuristic sci-fi feel Creature explores a human emotion we know so well, loneliness! Everyone’s favourite right?

A small bin is lit from within and Jeffrey Cirio, topless and dirty washes his face in the water. The gloom lessens and Tim Yip’s brooding set, like a slatted, stone prison appears in all its terrifying majesty, matching the curtain that greets us on arrival in the same dark slate.

Cirio is an enigmatic stage presence, playing the eponymous lead. The action focuses around him, as his body contorts in tortured shapes, exposing lines of ribs, and a twitching newness of physicality. His animalistic energy and the classic Kahn bounding across the stage conjures personal inner wildness expertly. Vincenzo Lamagna’s composition is diverse in its scope. Epic orchestral work from the English National Ballet Philharmonic is contrasted with heavily mixed 1950s interviews about the space race, giving the piece a multimedia and wide-reaching auditory texture.

The ensemble troops on and off the stage through two sliding slatted doors. Yip’s futuristic yet classical soviet-Esque costumes are a little steampunk. As the squadron comes in from the frozen arctic wastes surrounding the enclave the image is layered with historical meaning. Khan’s imaginative approach to the human body and its limits is at its best here. The dancers race around the stage on all floors, drop down to the floor, and swing back up, all the time keeping their bodies extended and tight like warriors of the future (or past?). Fabian Reimair as the predatory Major is all swaggering swing and hard lines. Erina Takahashi as Marie the love interest is all soft grace and almost clichéd femininity which is a little disappointing from such a visionary director such as Khan. Stina Quagebeur as the doctor provides a strong female but is ultimately controlled and bullied by the stronger male energy. Clearly the source material is not the only thing borrowed from the 19th-century.

Battling the cold and one another the sense of urgency, cruelty, and scrabbling over the last scraps of resources bring this piece easily into the modern glare. Despite the second act feeling very much like a continuation of the first, the choreography is strong throughout, and the crescendo at the end comes to a thunderous head.

This time Khan has focused on the dance more than the spectacle. Intertwining themes from Mary Shelly’s Frankenstein and Georg Büchner Woyzeck yet effortlessly blending them with space-age, contemporary economical and moral worries. Creature echo’s the aftermath of the 1816 volcano and the year without a summer (in Europe), an apocalyptical viewpoint of a world in crisis that is all too familiar currently. For dance to have such a wide range of themes explored and to do so with such sad grace is Khan’s greatest gift. The piece is the mirror held up to the gold and jewel-covered masses of Sadler’s Wells, daring us to look deeper. I just hope we like what we see.