Elizabeth I, Virgin on the Ridiculous 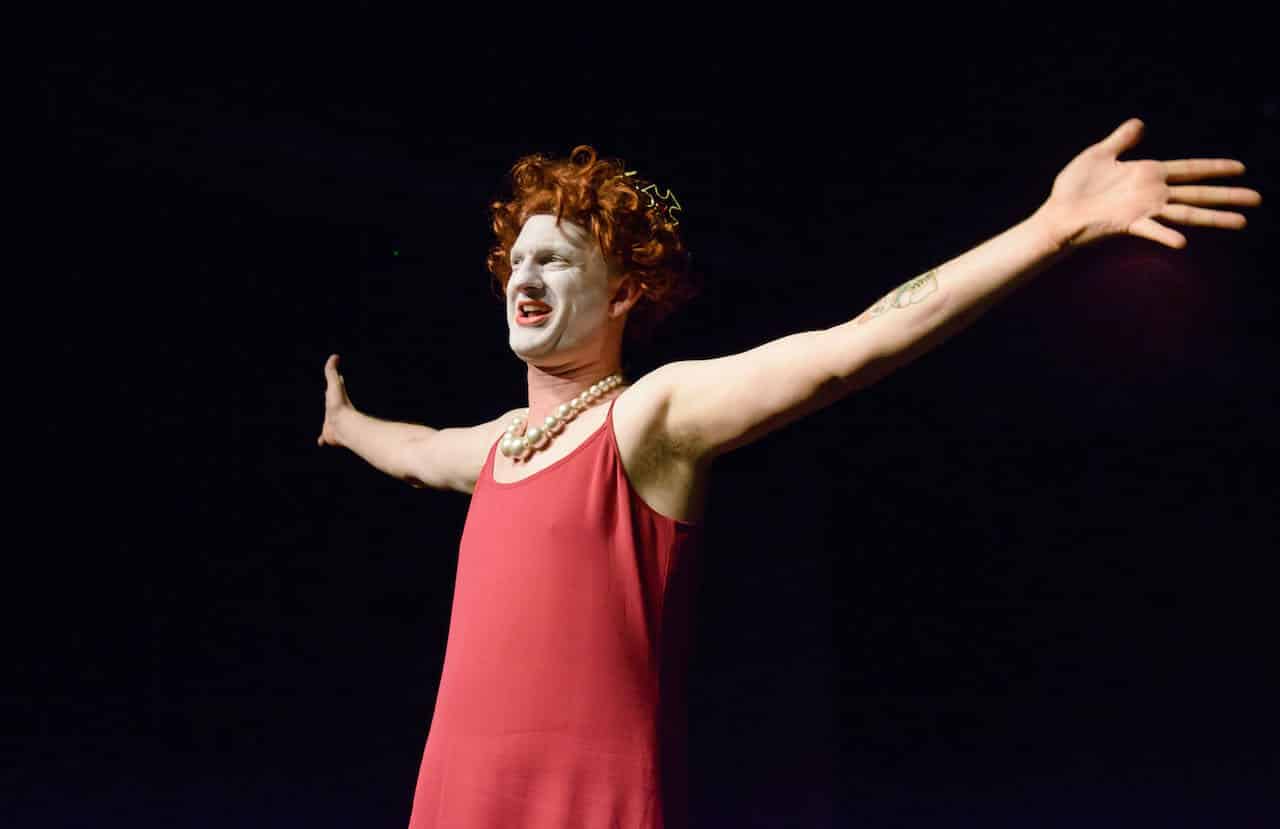 What were you doing on International Women’s Day 2022? Protesting? Sitting at home reading Nella Larsen? Spending quality time with the women who inspire you? Or were you watching two men in very bad drag craft a pub table biography of Britain’s most famous queen? I think we can guess which scenario I fell into…..

The duo, professionally known as Living Spit (nice) are West-Country’s most famous heritage historiographers (apparently). Howard Coggins and Stu Mcloughlin. Their last Offie-nominated show The Six Wives of Henry VII lopped off heads just before the great plague of 2021, this is their triumphant return, kazoo trumpets and all.

A crueller and more unobservant eye would reduce this show to dad jokes in bad wigs. That statement is not completely incorrect. Building on the Horrible Histories mould of 21st-century outlook on 16th-century life it is hardly Shakespeare (who makes an appearance). But every time I scribble a little petulant note about the show dragging long or rather dated references the duo immediately turn it into a joke. Mind reading jesters!

These blokes know comedy. Their effective singing voices and multi-instrument talent make this show much much more than what it first appears. Living Spit‘s writing is admittedly aimed at people the same age as themselves but looking around the theatre they’re bang on. Craig Edwards’s directing fits the piece nicely together, a muscular beast of laughs, music, and good old-fashioned West Country smut.

Then there is the issue of reducing Elizabeth’s virginity down to “unlucky in love” as opposed to astute political manoeuvring but again the company mentions their lack of research ability. The sacrifice of facts for funny is not new, and it’s a price worth paying.

In that vein, the jokes that don’t land are the more graphically sexual ones, and for such witty and cognizant writing it’s a shame that the references couldn’t have been updated a little. Showing my baby-faced youth (bitter sardonic laugh) but a whole bit about the milk-tray man? Blacklace? It might as well have been old English to me. Having said that a rapped section introducing Walter Raleigh was painfully unambiguous and brought flashbacks of modernised Shakespeare plays in my secondary school gymnasium. The lack of more detailed costumes does dilute the modern v old comedic potential, even if that fits with the “DIY theatre” theme they are going for.

Moments that shine are some of the original songs, including the advert song Virgin on the Ridiculous (available on CD, self-explanatory and side-splitting). Rather surprisingly for me, I appreciate the section where through the (dubious) magic of audience participation we are transformed into the privy council, doomed to only be able to say no or yes… you can see where the hilarity occurs.

Overall, a rip-roaring night out that the theatre. A whistle-stop tour of The Spanish Armada, the rise and fall of Robert Dudley, the colonisation of the new world. A hilarious depiction of England’s most maligned monarch. Will the vengeful ghost of Elizabeth I burn these two in their sleep? Most probably! Was it worth it? Most definitely.

Check out the king Head for more side-splitting productions!