Rambert — Draw from Within (Wim Vandekeybus) 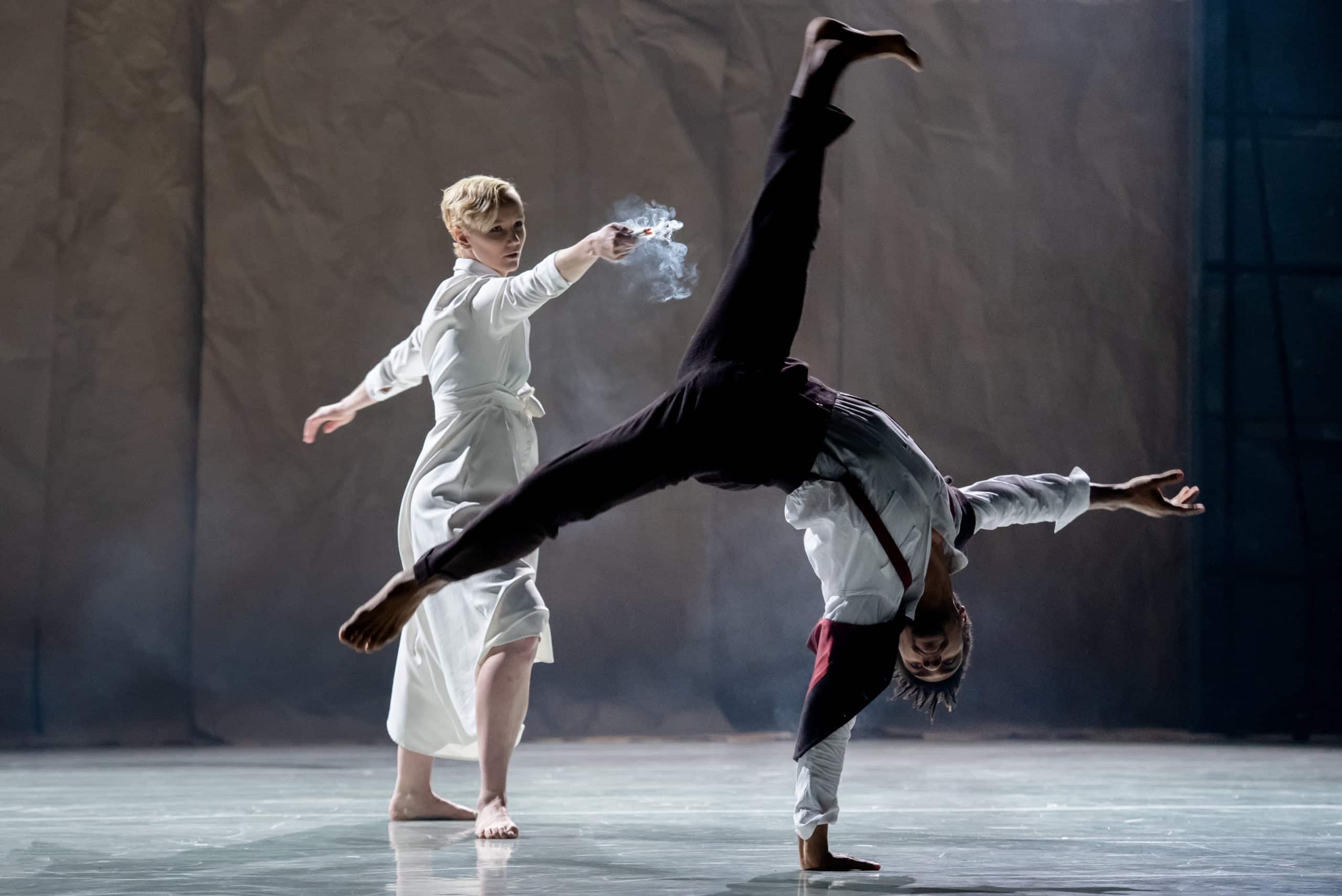 The UK’s oldest established dance company returns to Sadler’s Well staging a live digital show that was streamed in 2020, Drawn from Within. On a close summer night, we are thrown into many worlds, some dreams others nightmarish, but like the variation in the pieces, there is also a variation in quality.

Wim Vandekeybus, acclaimed director, choreographer, and founder of experimental dance company Ultima Vez creates stylised chaos in a series of unconnected worlds. Like mini bubble universes in a sci-fi they bleed into one another yet change so quickly it is a rather jolty ride for the audience. The classic experimental element expected from Rambert is present along with some moments of slick visual storytelling.

When the pieces work they soar. Vandekeybus’s gift for physical storytelling and Rambert’s exceptional dancers create a perfect sense of wild and frantic movement, framed by creative use of space. Constantly reinventing the stage is the name of the game. The beginning section where dancers hold aloft burning joss-sticks, then blow them out, contorting in the lines of smoke in an almost religious, and sublimely beautiful image. Despite being unafraid of silence the jazzy and rocky soundtrack allows for a constant change of tone and the thrashing urgency felt throughout. The Romanian jazz singer Anca Parghel’s surreal song Doina Olt is haunting and typifies the ancient yet expressive sense of the piece as a whole. This is ballet at its most feral.

Poetry by Ted Hughes and various use of spoken word in a range of languages works to break up the movement. Tricks, like long wire ropes being pulled by performers, gliding black set pieces, and even swinging metal racks, ensure the audience is never allowed to relax into simple group work with nice lighting. The piece grabs you by the throat and holds you there, short of breath as a nightmare is replaced by a sweet but always slightly ominous scene. This is not ballet for the faint-hearted or asthmatic (and certainly not for a particularly terrified looking child a few rows in front of me)

Bad parenting aside, like any piece of collected vignettes some didn’t quite land. Like with post-modernist theatre when it falls flat it ends up feeling like weird-for-weirdness-sake. Regrettablyy the least effective sections were at the end. Asking performers to adlib as reporters over a very surreal tribalistic birthing sequence was an example of this. These are gifted dancers, but not such talented improvisational comedians. Again a hospital sequence is more like a ballet version of American Horror story than a complex danced exploration of institutional cruelty. With such a strong start the surrealism and sensuality so beautifully crafted crumbles to a rather forced attempt to shock. Considering the 1 hour 10 minutes running time the piece could easily be trimmed and firmed up a little.

Nevertheless, through Isabelle Lhoas’s beautiful constantly shifting costumes and the companies unwavering athletic ability we are dazzled by a circus of experience and colour. Vandekeybus never for once allows the performers (or audience) a second off, and beads of sweat like pearls fly from their tight bodies as they buckle like animated rag dolls. It is the framing of these frantic movements that could do with a little more focus if the piece is expected to fully live up to its company’s prestigious pedigree.