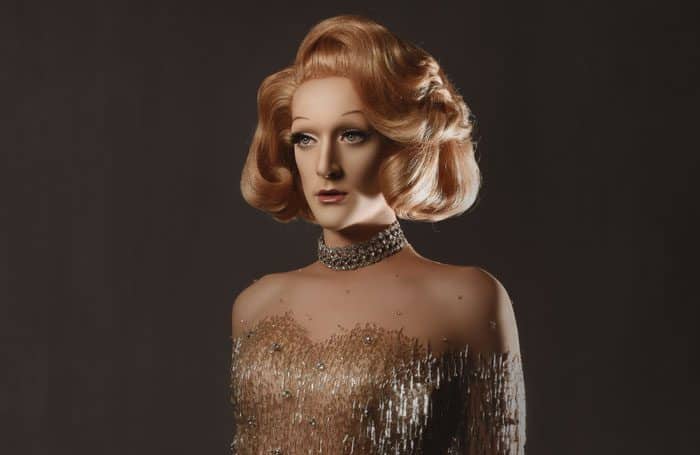 Telling the lesser-known tale of German movie star Marlene Dietrich, this cool production is both heartwarming and side-splitting. Mixing Drag, cabaret, songs and… duty? together, Peter Groom creates for us the icon anew. Dietrich: Natural Beauty, tells a tale that is both revelling in the bygone golden age of Hollywood and bogged down in the filth and horror of the Second World War, exhibiting perfectly the dichotomy of the 1940’s.

Negatives? Well, there really aren’t any. It does what it says on the tin and rather well! A single drawback is that if you aren’t a fan of Miss Dietrich’s (but who isn’t?!), the impressive recreation by Groom will be lost on you. The writing is clever, fitting and nuanced. Although, at the very end it feels like the emotional corkscrew is twisted a little too deep with two rather sad songs, but yet it still works. The use of cabaret to tell the story of a remarkable woman’s life at a remarkable time in human history is a delight.

A far cry from the sashaying queens you will see in Soho, this is Drag with theatrical class and a sense only a classically trained performer could pull off. The accent is never too heavy, the posture is realistic and effective, the voice superb! It is Marlene, but a little taller maybe? With a slightly lower vocal register, perhaps? But it’s her, alive and flowing with that ageless sense of cool simplicity and sex appeal that audiences then and now love.

The German essence of no-nonsense hard work is captured and explored, as the politics of the time bleed into the classic cabaret. It is here that we get to the meat of the show; Dietrich’s renouncement of Nazi Germany and her German citizenship, and her extraordinary work in fighting Hitler in her own way. This story of power and moral integrity is captured perfectly by the line “and after the war I was relegated to be a movie star.” A woman with so much to offer the world reduced to her beauty, doing her duty for the ideals and life she believed in. This message is poignant as it is pertinent.

Groom, armed with nothing but a knockout sequinned dress (Kathleen Nellis), a very good wig (WigChapel), and some fantastic lighting (Fraser Craig), topped off with a heavy dollop of raw talent (himself), creates a masterpiece! The devil is in the details, and with a flick of his hand or that signature point of Dietrich’s, we are suddenly embroiled in a life that straddles both opposing ends of a fascinating time in history. The split between the perfect world of movies and the squalid conditions of a world at war is captured through the songs of Dietrich’s, and imbued with such understanding and talent by Groom. For any classic movie fan, or for anyone who wants to understand the contradictions of the period better, this is the perfect show. It will make you laugh and cry a single, slow black-and-white movie star tear. I hope you’re ready for your close up.

Dietrich: Natural Duty is playing at Wilton’s Music Hall until the 24 November